How to Make Chop Suey Recipe

Chop suey is one of the most popular and widely recognised examples of Chinese cuisine. You’ll find it on the menu of almost every Chinese restaurant or take-away in New Zealand. But did you know that it’s not really a “Chinese” dish at all? 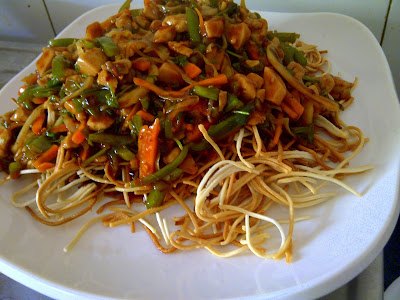 Chop suey is thought to have originated not in China, but in California during the 1800s. At this time there was a great influx of Chinese immigrants to cities like San Francisco, driven in large part by a gold rush that began towards the end of the 1840s.
Food historians speculate that Chinese cooks in the United States, seeking to sell Chinese food to Westerners, but lacking many of the ingredients necessary for traditional Chinese dishes, concocted chop suey out of necessity rather than culinary creativity. The fact that the name chop suey means “mixed pieces” tends to support this theory.

In keeping with its name, chop suey recipes vary widely. Basically, the dish of chop suey is a collection of stir fried vegetables with a little meat, served on plain rice. Because many different combinations of vegetables can be used, chop suey is a great dish to experiment with. In addition, it works just as well with chicken, beef or pork.
Listed below you’ll find two recipes for chop suey: one using chicken and one using pork. But remember those immigrant Chinese cooks; if you don’t have some of the listed ingredients, don’t be afraid to experiment and substitute your own combination of vegetables. 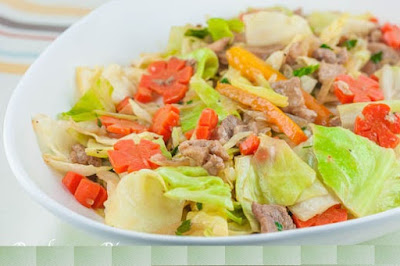 Sign up for our newsletter, and well send you news and tutorials on web design, coding, business, and more! You'll also receive these great gifts: